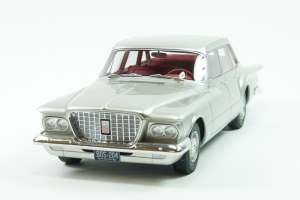 I’ll admit to a soft spot for early Plymouth Valiants, and I think it’s justified.

First, they were more stylish than other compacts of the day, and second, our family had a 1963 Valiant convertible with a push-button transmission. My mom learned to drive on that car and I spent a lot of years peeling my legs off the red vinyl seats in that car each summer. 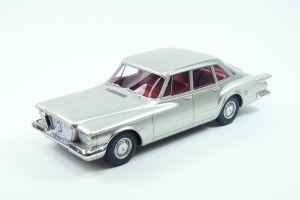 Chrysler Corp. came out with the Valiant in 1960 as its entry into the compact car market that was just taking off. Ford had the Falcon. In fact, Valiant was almost named Falcon, but Henry Ford II got permission from Chrysler to use the name, which it had previously used on a show car.

But Valiant was a much better engineered car than its competitors, plus has the long-nose and slightly finned styling that styling guru Virgil Exner had been delivering in earlier Chrysler models – think Chrysler 300. In fact, some say the Valiant nose is a mix of Chrysler 300 and Studebaker Lark grille. I always saw that resemblance.

Chrysler created a new Slant-6 engine with 101-115 horsepower for the Valiant and the engine proved sturdy and peppier than the competition. Likewise Valiant used 60 lbs. of aluminum, well before many other makes were doing that, to save weight. Even riding on a 106.5-inch wheelbase and housing that Slant- where the cylinders were canted 30 degrees, the Valiant weighed just 2,750 lbs. 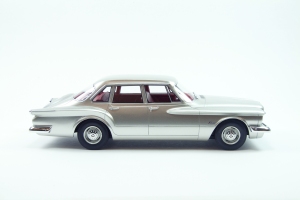 Valiant also was the first Chrysler product to use unibody construction since the famous 1930s Airflow models. Other cars at the time were still body-on-frame construction. The result was a stiffer car that delivered better ride. So in many ways the Valiant was a sign of things to come.

Yet like the real Valiant, this model is nothing fancy. The silver sample provided by American-Excellence is an early 1960 model so no chrome trim on the sides and no raised bumper guards front or rear. 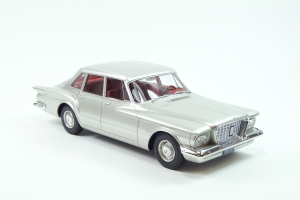 Most impressive is the car’s giant grille with its fine photo-etched lattice work look and a rectangular red and white Valiant badge mid-grille. Valiant is photo-etched on the front quarter panels too and in the faux tire bulge on the trunk lid.

Headlights and the red cat-eye taillights look realistic and the bumpers, door handles and wiper arms are chrome.

The paint job here is not up to the BoS-Models standards I’ve seen on earlier samples I’ve reviewed, including last issue’s gorgeous Buick wagon. While I’d like a little more sheen and consistency to the finish, the irony is that this is closer to what you’d have seen on the original cars.

Windows have a black border to them and the car includes vent windows that were so popular in the day. As with other BoS-Models cars this one is sealed, so no opening trunk, hood or doors. 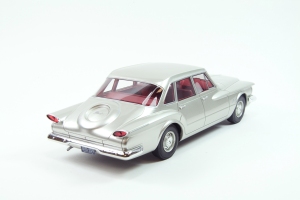 But inside you see a matte red interior, the seats reflecting the flat mildly textured bench seats of the time, no ribbing or patterns here. The red dash includes an attractive gauge pod with big speedometer and you can clearly see the push-button transmission buttons down the dash’s left side next to that pod. The steering wheel hub is a 2-spoke V-shaped design.

I’ll bet that  V was for Valiant!