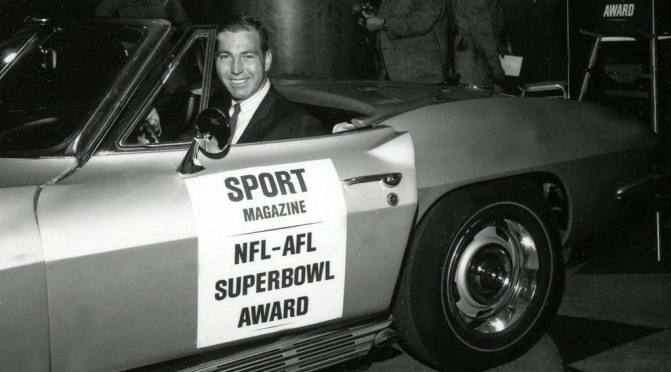 After the game this year between the Chiefs and Buccaneers, (go Chiefs) there will be an MVP named. Please not Tom Brady. In the past that player would have been awarded a new car or truck. But not this year since Hyundai has started sponsoring the game, they haven’t given one out. The last winner was Brady in 2015 giving him a total of four. Please not five. Just in case you don’t know, I’m a Packer fan and still smarting from the loss to the Bucs.

Well if you’re a Packer fan, this will be an easy trivia question for you to answer. Who won the first MVP and what car did he receive? No Googling allowed. It was Bart Starr and he won a Corvette convertible. That car is now located at The Automobile Gallery & Event Center located in Green Bay. What a small world because not only is it back in Titletown but the person who runs the Gallery is my old boss from my days in TV, Darrel Burnett. It was like old home week.

There are lots of other cars to see besides this one and I’ll have a video up on that shortly.