Fate of The Fast & Furious will rock 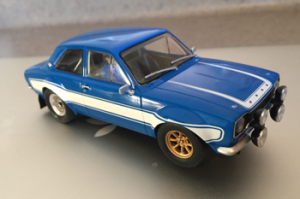 For those of you who are not up on the latest slang FOMO means “Fear of Missing Out” and you will not want to miss the eighth installment of the Fast & Furious franchise. I was tardy to the party for this series.

It was my car gal Meg who rented the movies to watch at home and give me the 411 on the upcoming movies. We’re both hooked now. She gave me this Ford Escort RS 1800 1/32 scale slot car as a Christmas gift because it was in one of the movies. I wish I could do all the cool stuff that’s done on the big screen with it. But then again, the movie version crashed and was toast.

My daughter Meg and I went to see the new Star Wars movie, which also rocked, and during the previews they showed the trailer for the new movie. OMG! A huge wrecking ball that swings in and takes out about a dozen cars on the street, and a sub surfacing through the ice with vehicles driving just in front of it. Words don’t describe it well enough. See the clip and then start the countdown to the premier on April 14th, 2017.