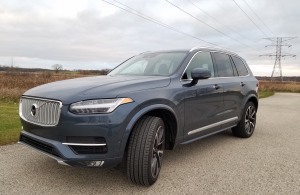 Give Volvo credit for staying true to its roots all these years. It remains the maker of boxy family hauling machines that are long on safety. Too bad for Volvo that the rest of the automotive world has caught onto the safety gig.

Well, actually the rest of the automotive world is increasingly intent on building big boxy vehicles too, call it the SUV-ing of America, and I suspect, eventually, the rest of the world. END_OF_DOCUMENT_TOKEN_TO_BE_REPLACED

With a name that promises size as well as exclusivity, the Nissan Armada Platinum Reserve delivers on both while coming in at what has become a mid-luxury large SUV price. 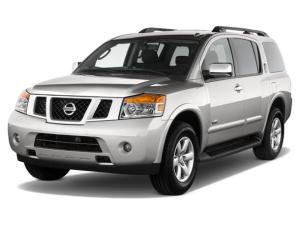 The Armada, made in Mississippi along with Nissan’s luxury make Infiniti Q56, is a beastly big vehicle with a softer luxury side. Touting the Platinum Reserve package that sounds like a wine rating assures a buyer that he or she is getting, well, something pretty darned special.

And so they are.

First, Armada looks like the biggest full-size ute on the highway. Its boxy styling and tall stance give it a formidable road presence. But it’s an optical illusion. The Chevrolet Suburban/GMC Denali XL, are much larger, nearly 15 inches longer stem to stern. In reality Armada slots in between Suburban/Denali and Chevy Tahoe/GMC Yukon, but weighs 21 lbs. more than Suburban and 147 lbs. more than Tahoe.

Armada, while shorter than Suburban, is 5 inches longer than Tahoe/Yukon. Height and width are similar for all these large trucks. Tahoe/Yukon has the best power to weight ratio at 17.8, but Armada can tow the biggest load at 9,000 lbs. Suburban is just behind at 8,000 lbs. END_OF_DOCUMENT_TOKEN_TO_BE_REPLACED