Latest Z car a beauty, and a bargain … 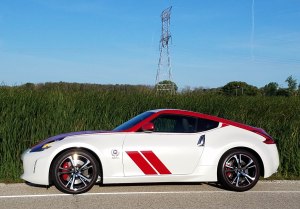 Sports cars used to be more plentiful, but as we Americans have become larger, so have our cars, crossovers and trucks. Rare is the sporty or sports car, and rarer yet, one we could afford.

But in 1970 Nissan introduced its Datsun 240Z, a long-nosed low-slung sports car with quick handling and a modest price. That same formula is working for 2020 as Nissan launches its 50th Anniversary edition of the Z car, now a Z370. END_OF_DOCUMENT_TOKEN_TO_BE_REPLACED 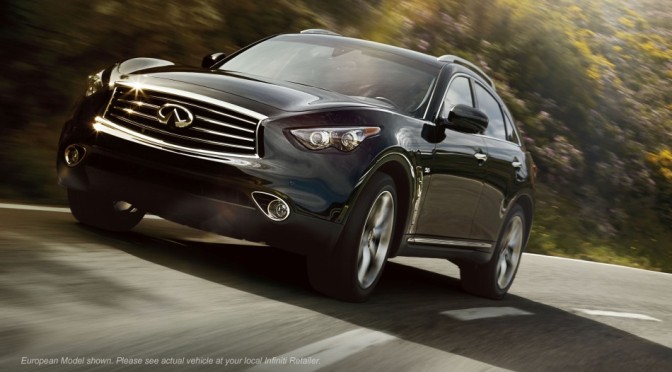 QX70 a stylish performance ute with a stiff ride 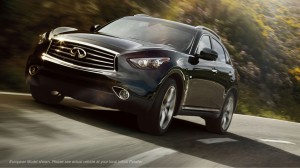 Porsche, Audi and others blend performance sedan and sport-utility truck, but few deliver as stylish a blend as Infiniti with its QX70.

This isn’t exactly new. The sporty QX with its bulging fenders and long muscular sports car-style hood was formerly known as the FX37 and been around a few years. The former moniker was tied to this sport-oriented ute’s engine size, a 3.7-liter V6 that cranks a healthy 325 horses. But no matter its name, the QX70 is a beast.

But that can cut both ways. The V6 delivers strong power to all four wheels in the test model. Lower the hammer and you’ll growl up to highway speeds in short order. Yet there is a lot of growl that’s both real power and an engine trying to haul a massively heavy feeling ute up to 65 mph. The QX weighs in at 4,321 lbs., but feels much heavier.

It’s beastly too in its ride. The sport-tuned suspension delivers an incredibly stiff ride that borders on severe at times, especially surprising with the ute’s 113.6-inch wheelbase. The ride’s stiffness seems to contribute to the QX rocking side to side on our uneven roads and when pulling over parking lot entries. Several passengers were shocked at the ride. It’s not what the average luxury ute buyer who appreciates a soft, smooth, controlled ride would expect and frankly, at the test truck’s final price of $59,535 I was surprised there was no electronic way to soften the ride.

Yet the QX70s performance bent pays off in other ways. Handling along with crisp shifts from its 7-speed automatic are strong points. END_OF_DOCUMENT_TOKEN_TO_BE_REPLACED

Infiniti QX60 heavy on luxury, comfort, but will haul 7 passengers

Like its sister crossover, the Nissan Pathfinder, the upscale Infiniti QX60 is a roomy family hauler that’s easy on the derriere, quiet and comfortable and can, if needed, haul seven passengers due to its third row seat.

A couple years ago the Pathfinder switched from being a rough and tumble sport-utility truck to a crossover based on the Nissan Altima sedan platform. It, like the Infiniti, still offers all-wheel drive, but the upshot is the ride is much improved and the likelihood of you ever taking it into the brush always has been pretty slim.

The tested diamond slate (metallic dark gray) QX60 was a hybrid too, and came with AWD, so at least we know it’ll handle Wisconsin’s snow and slush just fine. The hybrid part means it costs a bit more, but should save you a few MPG overall. More on that later.

The QX comes in four models, the base QX, the QX50, QX60 and QX70, all of which designates the luxury level and accessories that come standard. The test vehicle started at $46,500, but was immersed in options so climbed to a lofty $60,780, including $995 delivery. That total is roughly double last week’s Dodge Journey crossover, also with AWD.

No denying this is a more luxurious crossover in look and feel. It features chrome around the windows and a snazzy little S accent shape on the back side window to give the QX a styling flair in profile. The nose comes to a slight beak like point up front too. I like its look, at least as well as any large crossover. END_OF_DOCUMENT_TOKEN_TO_BE_REPLACED