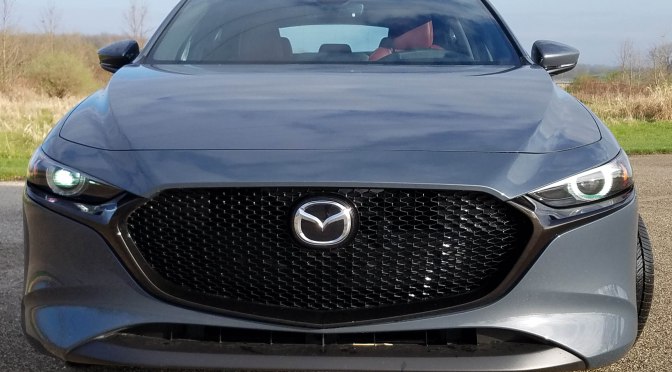 Mazda3 hatch with AWD is sleek, fast and fun …

I’ve owned a couple Mazdas through the years. I’ve liked them for their sporty handling and edgy styling that set them apart from many competitors.

The new 2019 Mazda3 Hatchback does nothing to spoil those differentiators, in fact it improves on the looks and upgrades the interior to make it even more attractive. But there’s more, Mazda also adds AWD as an option, putting it in direct competition with the sporty AWD Subaru Impreza, but with a touch more zip. END_OF_DOCUMENT_TOKEN_TO_BE_REPLACED 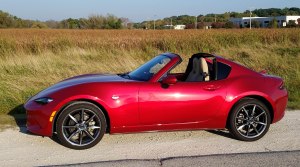 A couple years back Mazda slightly downsized the MX-5, a rare act in the car world. The goal was keeping it light and lively, not letting it take on a middle-agers’ weight around the beltline. END_OF_DOCUMENT_TOKEN_TO_BE_REPLACED

A Sports Car as Good as it Gets

To look at Mazda’s MX-5 Miata you’d think little has changed since its introduction nearly 25 years ago.It’s still the quintessential two-seater, a sports car for the ages with a simple layout, simple lines, simple controls and for today’s market, a simple price tag.

The base Sport with a soft convertible top goes for $23,470, but the tested Special Edition with a power hardtop lists at $31,225. Add in the $795 destination charge and you’re looking at $32,020, not an economy car, but there aren’t many convertibles available in this price range anymore.

Yet Miata is a pleasant mixture of change and stability. The petit, some might call it cute, styling has been cleaned up a touch through the years, so now it reflects a bit more crispness, like the former Honda S2000 roadster. END_OF_DOCUMENT_TOKEN_TO_BE_REPLACED