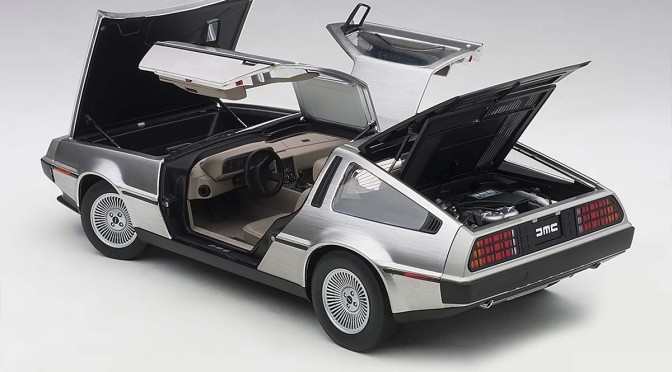 The tale of DeLorean automobiles and their brains and creator, John DeLorean, is a twisted affair that didn’t end well. Yet the DeLorean DMC12, the make’s only car, was quickly famous as the Back to the Future movie car used by Marty McFly to time travel.

Folks remember the DeLorean because of its stainless-steel finish, gull-wing doors and futuristic styling, courtesy of Italian designer Giorgetto Giugiaro. This was a two-seat sports car with an edge, an attitude that hinted at where automotive design might go, but never did. END_OF_DOCUMENT_TOKEN_TO_BE_REPLACED 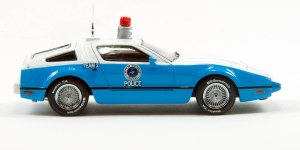 Bricklins were unique in their day, the mid-1970s, but even more unusual were three white over blue Bricklins with sirens, a bubble gum strobe and other police gear. They were part of the Scottsdale, Ariz., police.

Malcolm Bricklin basically gave the Scottsdale police the three cars in a publicity move. His corporate offices were in Scottsdale so he leased the SPD the cars for $1 each. The move created cars that were unusual enough for Automodello to rework its fine Bricklin mold from a few years back to create the car in 1/43 scale, and with its gullwing doors closed this time.

The SV1 was a sports car, think along the lines of a Toyota Supra or Nissan Z-car, but more than just a sexy body with good power. Bricklin designed the car with a frontal energy-absorbing crash zone and integrated roll cage. Reportedly the SV in its name stood for Safety Vehicle.

But Bricklin wanted his car to be both fast and safe, so he dropped in a 360-cubic-inch AMC V8 (one could argue that choice) that got 220 horsepower, a substantial amount for a two-seat sports car. While fast, the SPD rarely used them in pursuits, instead the cars ended up mainly as public-relations vehicles and cruisers. Those gullwing doors were hard for cops to get out of fast, so the police weren’t too thrilled to be using them for chasing speeders or other bad boys. END_OF_DOCUMENT_TOKEN_TO_BE_REPLACED