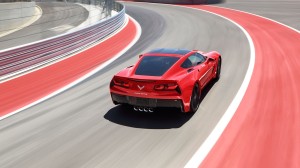 For the record Chevy has revamped its giant 6.2-liter V8 to add direct injection and variable valve timing. That translates into 460 horses and a torque rating of 465. Consider that a Porsche 911 Carrera S manages 400 horses, albeit from a flat-6, and costs almost twice as much. END_OF_DOCUMENT_TOKEN_TO_BE_REPLACED