A car show at an air show 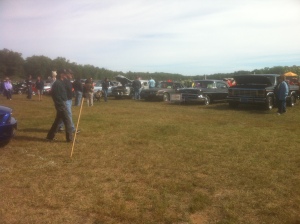 So this past weekend, I was up with my buddies in Oconto, WI putting on an airshow with our radio controlled airplanes. Our gig was actually just part of a bigger event they held at their local airport. Well one of the other parts was a classic car show. I saw the shiny bright objects right away and when I was in between flights took a walk over. All kinds of cool cars and they pictures I’m sharing here are just a sample of the cars there.

The Cougar was Motor Trend magazine’s Car of the Year for 1967 and helped Mercury sales quite a bit when it was introduced in 1967. A Mustang twin? Well sort of except that unlike a lot of other cars built on the same platform that make minor changes, Mercury did a lot. This with the Eliminator package was high performance. The owner wasn’t around but if it had a 427 in it, would be worth some serious cash. 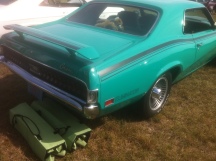 The Duster everybody wants

There basic model was kind of…eh. It was built for economy and they don’t have a lot of value to collectors, however this one with the 440 is and are very affordable muscle cars. I found one on Hemming’s for around $15 grand. Not a lot of dough for a very fast car.

The Plymouth Barracuda was a two-door car that was manufactured by the Plymouth division of the Chrysler Corporation from 1964 to 1974. This is a third-gen Cuda and the redesign for the removed all its previous commonality with the Valiant. I love the color treatment on this one. 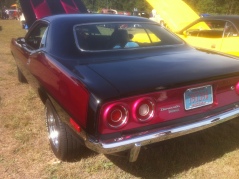 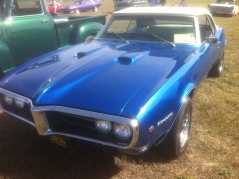 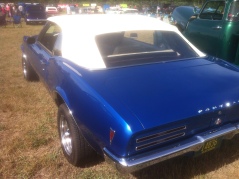 The classics of classics

This 1957 Chevy convertible was pretty cool. I also love the drive in touch. Depending on the package it had pricing goes up to $120,000. What’s not to like about a car show? Two of my loves, cars and planes. 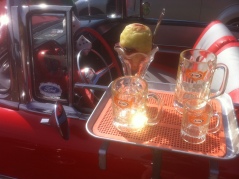