We’re on a mission from God…. 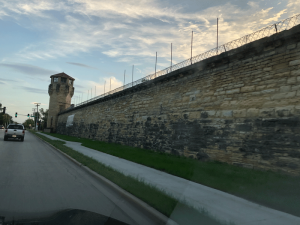 A  line out of the 1980 hit movie The Blues Brothers and totally appropriate for this blog entry as Mark and I traveled to the Midwest Automotive Media Association’s (MAMA) Fall Rally just outside of Joliet, IL, home of the Joliet Prison where after his release from prison, Jake (John Belushi) reunites with his brother, Elwood (Dan Aykroyd) — collectively known as the “Blues Brothers.”  Yep, we drove right past the front door.

Fun on the Autobahn

No we didn’t hop a plane because this Autobahn is located just outside of Joliet. It’s the Autobahn Country Club. Sort of like a golf country club except for cars.  For a car guy it’s like dying and going to

car heaven. The facility features a configurable main track with a 1.50-mile north track, a 2.06-mile south track, a full track of 3.56 miles, skid pad, and a recently added 0.8-mile kart track. You can join and build your own “Garage Mahal” as they call it our just come for the day. The facility is really super and Mark and I had fun learning a new track.

Today the cars were the stars

Mark and I got to hop in about a half-dozen of the cars the manufacturers provided for the media. The first and perhaps most

anticipated new car was the Toyota Supra. Yes, Toyota developed it with BMW but no, it’s not simply a re-badged Beemer. Getting this car to market was an up and down ride with more twists and turns than the Tail of the Dragon located in Tennessee. It’s a long story and I found a really good accounting of it in a blog by Phill Tromans. Yes, I spelled his first name correct with two l’s at the end. He’s from England and that’s the way they do it over there. Then come back and hop in with Mark and I and go for a ride. It’s a really fun car.

Well while the Supra and BMW Z4 do have one thing in common, 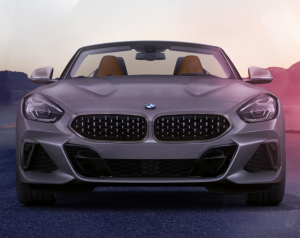 they use the same engine but the Beemer has a little bit different personality and you’ll see in this video.

event. What we love about this car is the power, from it’s V-8 engine, the transmission that makes the sounds of a manual when shifting and it’s interior, especially the cockpit.

The Nissan GT-R is a different animal. Did you know that the name

has been around for 50 years? Nissan does because the GT-R that we drove was the special 50th Anniversary Edition. This car is a beast with its 3.8L twin-turbo charged V6 puts out 600 hp. A fun car to drive on the street but even more fun on a track like the Autobahn’s.

Not to be outdone was the Dodge Challenger which has best in class horsepower, 485, and and all for under $40,000. Mark and I have both driven this car on multiple occasions and it never disapoints. 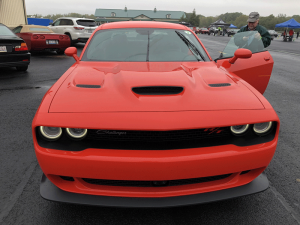 The best interior goes to not a sports car but but an SUV, the 2020 Ford Explorer. Mark drove it and I went along for the ride and stayed

in the vehicle well past the time we returned just to experience the passenger seat that messages. Ohhhhhh, I wish we could have taken it back to Milwaukee.

Fun in the mud

While Mark drove more vehicles, I headed to the off-road course set up by the Camp Jeep guys. Sure, they’re Jeep guys but they love setting up courses like this that has plenty of mud and was plenty of fun to experience.